Broadband services now become a very important part of our life and if you want to get the best broadband plans in Punjab 2021.

This article is for all users of new and old users of broadband in Punjab. We have divided these articles into two parts.

Each part is explained that according to the budget and needs of the users. The user is confused about which broadband company is best for them so I made this article for a detailed explanation.

In Punjab, fiber broadband services are introduced by all companies. But launched properly provided by broadband providers like BSNL, Netplus, Reliance JIO, and Airtel.

In this, we will cover the best broadband plans according to your needs and budget.

However, it doesn’t mean that if you are using fiber broadband services you have to pay more.

You can pay more for more benefits and speed. Although the plans are cheaper than normal broadband plans and you also need a router for ftth connection.

Netplus is the best fiber plans in Punjab. In Netplus you get the maximum speed with no downloading limit.

Their plans were starting from 399. In this plan, you will get 30 Mbps speed with unlimited data. There will be no FUP in their plans. They say this truly an unlimited Data plan.

Plans in the budget for Netplus fiber broadband users’

However, their best plans start at 599 rupees that is slightly expensive than ASDL plans. But still, it gives a great 50 Mbps speed with unlimited data.

The main thing, in thier plan you will not get any OTT subscription. The subscription of OTT apps is given on the JIO and airtel broadband plans.

The gamers and streamers want to download the big games in less time. So they need a minimum of 100 Mbps speed and a maximum of 1 Gbps.

This plan has a download limit but it has almost unlimited data. However, the price is also very aggressive.

As their plans are starting now from Rs 499. Before some time their plans aren’t considered as good for budget users. But now airtel have introduced their new plans with unlimited data.

For budget users, Airtel has introduced new plans. These plans start from rs 499. In this plan, you will get 40 Mbps to download speed with unlimited data.

However, Airtel has a FUP limit of 3.3 Tb on their all plans. Still this FUP limit for budget is near to unlimited data even for most games.

Gamers need more speed and data for their best experience. So now I am doing to enclose the best Airtel Fibernet plans for gamers and video streamers.

The best plans are Ultra and VIP in their plan list. In this Ultra plan, You will get an amazing 300 Mbps speed with no download limit. This means it is best then everything.

In VIP plans you can expect unlimited download of data for a speed of 1 Gbps.

However, you also get some more additional benefits like amazon prime membership, Zee5 membership, and airtel Xstram services with the plans.

But some of these plans are only available if you have an Airtel Xstream setup box.

Bsnl has is a great and popular internet provider in Punjab. Now they are offering unlimited downloading of data in their plans.

Their first plan will costs you just Rs 449. In this plan, Bsnl is giving you a decent 30 Mbps speed with no FUP downloading limit.

As per this plan it will give decent speed for video streaming and downloading games for your mobile.

For that purpose BSNL is offering 100 Mbps downloading speed for a price of just Rs 699.

If you want even more download speed then Rs 1499 plan is also an option for you. In this plan, you will get a speed of 300 Mbps with no data limit.

4. Connect Fiber to the home plans

Connect is another good broadband services provider of Punjab. They had offered new plans for fiber users which are very cheap.

Before sometime they just focus on the budget segment of the market. But now they have introduced their new plans with a speed of up to 200 Mbps.

Plans in the budget for Connect Fiber broadband users

The plan for the budget fiber users is which costs around Rs 599. In this plan, they offered a good speed of 60 Mbps with no FUP limit.

For paying just 100 more on their plans you will get a speed of 100 Mbps with no data limit is which better than Rs 599 per month plan.

Best Router for these internet plans

If you want the best experience from your broadband connection then you need a router. For normal and gaming usage TP-link Archer C1200 router is a great option.

This router supports an USB port. It helps to transfer files from one device to another. Also it supports dual-band connection for better range and speed.

For internet speed up to 300 Mbps this router is a great option for you. But still if you don’t an USB port then You can check Tp-link archer C6 router.

All users can’t able to afford the fiber broadband services so they still using the normal broadbands or routers. The best plan for them is which is less than 1500 rupees.

Because if they will like to pay more than 1500 at normal broadband. which offers less speed than the fiber after a little investment.

But if you are having a plan more than 1500 you are strictly recommending to switch to fiber.

Netplus is the best broadband service in Punjab both for normal and fiber broadband. But their plans are starting from 499.

However, these plans are still valuable according to the price. As you get an amazing speed of 50 Mbps. Which is amazing as compared to others if you have a router under 1000.

But if you want less a plan less than it you go to our second option which is BSNL plans.

Plans in the budget for Netplus broadband users’

The best plan in the budget for BSNL is 599. In this plan, you get an amazing 50 Mbps speed with FUP of 200 GB after its speed reduces to 10 Mbps. This plan is best for budget users.

Plans for gamers and video streamers

The best plan for video gamers and video streamers is speed50 + 999. In this plan, you will get an amazing speed of 50 Mbps with no downloading limit.

However, You can use the UltimateSpeed100 + 1599 if you don’t want to change the broadband. In this plan, you will get an amazing speed of 100 Mbps with no download limit.

Bsnl is the best broadband provider in India. According to the reports. But the best thing about the BSNL that there are very cheap.

However, the speed and benefits are also less but the price is amazing. And they also offer free amazon prime subscription to their users.

Plans in the budget for BSNL broadband users’

BSNL’s broadband best plan is the budget is 50GB CUL. In this plan, BSNL offers 20 Mbps speed with 50 GB data after its speed reduces to 1 Mbps.

Bsnl is popular for cheap plans. But if you are gamers and video streamers don’t expect that much speed from their normal broadband plans.

If you want best internet speed then Airtel fiber will be great option for you.

But if you are in the budget segment then Netplus broadband and BSNL broadband plans are great options for you.

Now I want to hear from you which of the broadband plan you liked the most. Let us know in the comment section. 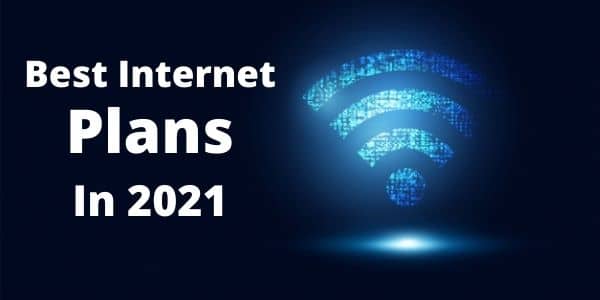